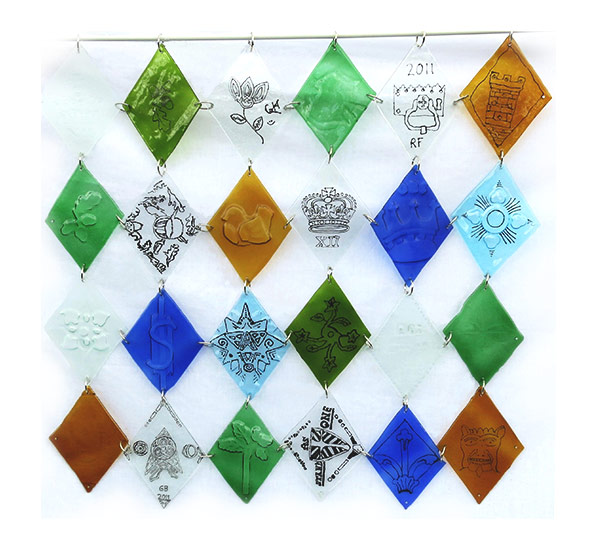 Made by members of Newark Young Archaeologists (YACs) in conjunction with Trent vale partnerships. Made from Bottle glass, and cut into lozenge shapes inspired by the siege coins made and used in Newark during the civil war. Drawings were made from observations of the decorations in Averham church, Notts, and transferred to glass using moulding and painting techniques. Hanging in Newark town hall. 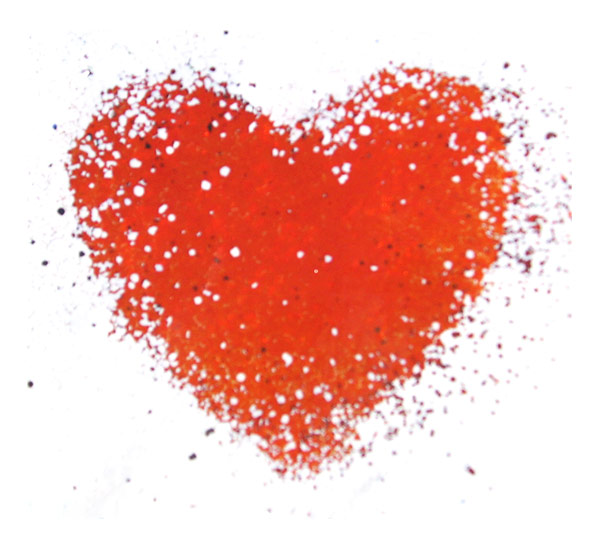 Sponsored by Nottinghamshire County Council, this free workshop was very popular. People made a decorative tile using powdered glass, stencils and paints. They were fired in my kiln at home and picked up later. 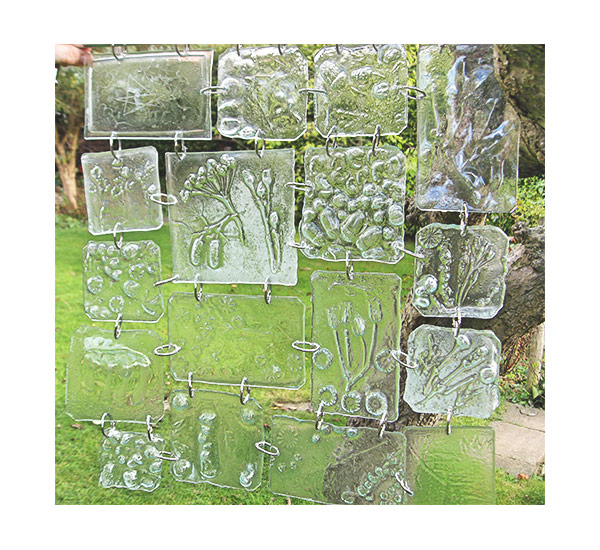 Sponsored by EDF Energy in conjunction with Trent Vale partnerships. A mixed group of employees and their families used found natural objects from the nature reserve at Cottam power station to impress into clay moulds over which glass panels were slumped. 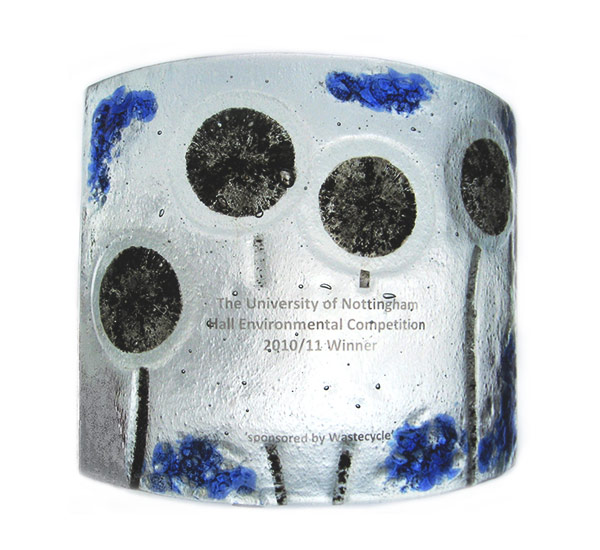 This was given to the greenest hall of residence. Made from recycled window glass, wire, foil and sherry bottles. 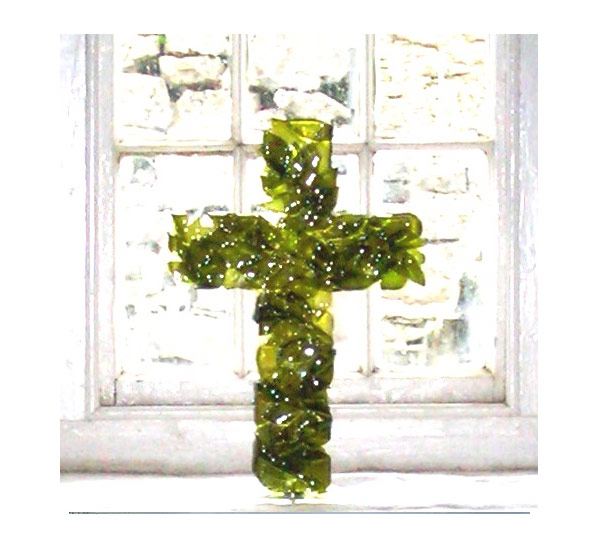 Made for a religious community in Southern Ireland, to adorn their primitive pilgrim chapel, this cross was made to represent the nature of faith – the glass was cut into leaf shapes which surround a hollow cross-shaped vacuum which we cannot see but know is there, like faith. 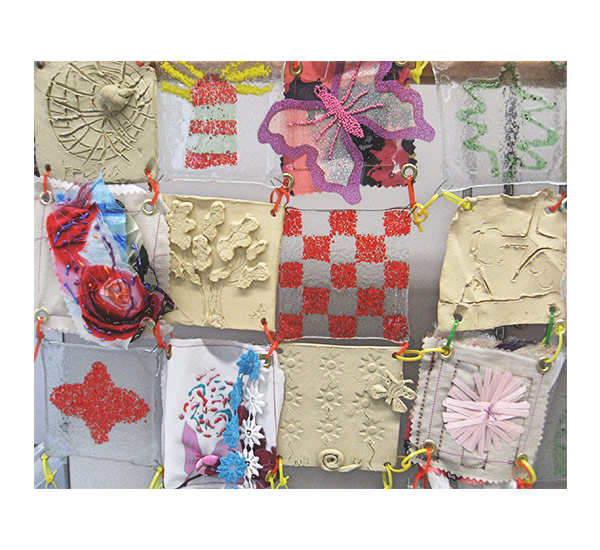 Displayed in the New Art Exchange, Nottingham in conjunction with Rufford Craft Centre, this quilt was constructed by members of a family project from Radford. Made from Glass, clay and textiles. Representing communication cohesion.

This is made from every available colour of bottle glass and is based on a 100 year old crocheted blanket made by my Great Aunt.